This Vancouver area female in her 30’s was bothered by the recession in the corners along with her uneven receded hairline. Her donor hair was very good which afforded many options as far as how aggressive Dr. Wong could be with the new hairline design. As can be the case and quite common with many patients, one side was receded more than the other. In her case the loss was more pronounced on the right side than the average patient would experience and therefore the asymmetry had perhaps more of a negative impact cosmetically. Due in part to her slightly above average donor hair, Dr. Wong and team transplanted an efficient 1272 grafts to achieve the desired result. The favourable texture of her donor hair played a role in being able to produce the desired result with a slightly lower number of grafts than would typically be used in a similar case. Of the 1272 grafts, 557 were single hair grafts, 615 were doubles and 100 were 3-4 hair grafts. These photos were taken 13 months post-op. As evidenced in the after photos, the framing of the face created by the reconstructed hairline had a very impressive cosmetic impact resulting in a much more youthful appearance. You can understand why she was quite pleased with the outcome. Also of interest, while not obvious, an additional 100 grafts were placed in her eyebrows to slightly reshape. Even though subtle, she was very happy with this small adjustment as well. While hair loss is much more common in men and accepted to a degree, women can be more adversely affected by their hair loss. It can be for this reason that creating transformations in women can often be very rewarding for the doctor and team as the impact can be more dramatic considering hair loss is not as accepted for females as it is for males. 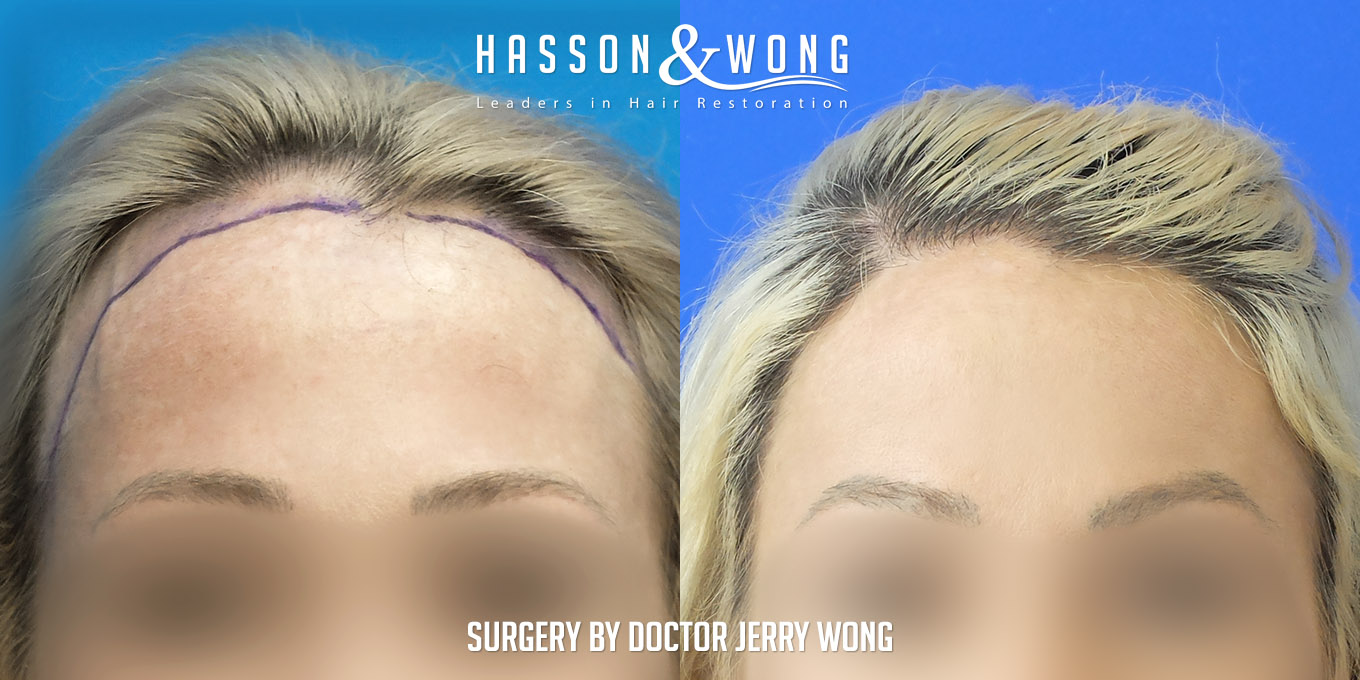